Biography
Born in Nashville, Arkansas, on June 19,1936, Joseph Dawley is represented in many fine collections across the United States and Canada, as well as in Museums throughout the country. He has resided in New Jersey since 1961.

The story of Dawley's style change from Traditionalism to Impressionism, caused by Parkinson's Disease, was aired on April 18, 1989, on the Tom Brokaw Nightly News Program, was featured in the Sunday New York Times on August 2, 1992, and then again on EyeWitness News on August 10, that same year.

Dawley was invited by the White House to create a painting for use as the official 1994 Christmas Card. Two paintings were created for this purpose and are both currently in the White House. Also in Washington, D.C., Joe's painting "Snowfall in the Park" is the 1995 Christmas Card for Very Special Arts, which is an international educational affiliate of The John F. Kennedy Center for the Performing Arts.
"Sailboats" (thumbnail/link)
"Boston Brownstones" (thumbnail/link) The Artful Deposit Gallery in Bordentown, N.J., boasts exclusive state-wide representation for this great Impressionist's original paintings. Signed and numbered limited editions are available for some of the artist's work.

He won the top art award and sold a painting to his university (Southern Methodist, Dallas, Texas) upon his graduation in 1959.

Dawley was commissioned to paint the official portraits of Saint Elizabeth Ann Seton which were unveiled at the Vatican during her Canonization ceremonies, and were later displayed at Saint Patrick's Cathedral in New York City. He is represented in the collections of Notre Dame University, the Mayo Clinic, Windsor and Newton, and many other prestigious collections. He has been a featured guest on television shows and his work has appeared on the covers of publications including Down East magazine and the Journal of the American Medical Association (JAMA).

In 1977, Dawley opened his own gallery: The Joseph Dawley Gallery in Cranford, New Jersey. Five full-color books have been published about his art by Watson-Guptill Publications, New York City, and Pittman Publishing & Sons, Ltd., London, the latest having been published in 1987 and entitled: Seeing and Painting the Colors of Nature.

During 1987 and 1988 Dawley was asked to travel, both nationally and internationally, to several cities to capture the local flavor with his Impressionist style. Also, early in 1988 two of Dawley's paintings were selected by Cartier jewelers to be used in reproduction as their Christmas cards. Several more were included for their 1989 line.

A Testimonial from Joseph Dawley:

"My business dealings with the Artful Deposit have been truly exceptional. As an artist, I feel truly blessed to have my artwork displayed and sold by C.J. Mugavero, the owner of the Artful Deposit. My work is handled with the highest degree of respect and integrity, and C.J. works very diligently to maintain fairness and ethical standards in every sale. She has sold my work above and beyond my expectations, and has always paid me promptly, which in the art world is a rarity. I cannot imagine a better relationship."           —Joe Dawley 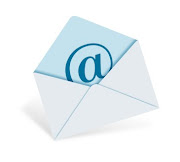 The Artful Deposit at 142 Farnsworth Avenue 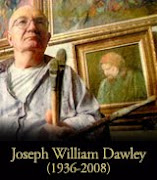